This morning we depart for Johnny Carson’s hometown of Norfolk, Nebraska. We begin the tour with a visit to the Elkhorn Valley Museum. The museum features the Johnny Carson Gallery where you can learn about the history of Norfolk’s famous son. Johnny was born on October 23, 1925, in Corning, Iowa. Although born in Iowa, Johnny moved to Norfolk at age 8 and always considered it his hometown. He graduated from Norfolk Senior High and the University of Nebraska Lincoln. In 1946, he joined the Navy where he entertained many people including the Secretary of the Navy. His career in show business began by performing his magic act for many local organizations in Norfolk. Later he worked at KFAB Radio in Lincoln, Nebraska, and WOW Radio in Omaha, Nebraska, before moving to California. On October 1, 1962, Johnny started on The Tonight Show and continued for 30 years until his last show on May 22, 1992. He passed away January 23, 2005.

The Johnny Carson Gallery contains items that Johnny himself chose to exhibit. The gallery is a showcase of Johnny’s formative years, his 30 years on the Tonight Show, and the six Emmys he received during this time period. Visitors enjoy interactive displays such as a replica stage of The Tonight Show where you can sit next to Johnny as his guest. Our group visit will include a historical reenactment featuring Johnny’s favorite teacher, Faye Gordon.

Next, we will enjoy lunch at the Black Cow Fat Pig Pub and Steak. The restaurant has a casual atmosphere with an emphasis on locally sourced food. Everything is made in-house, from their hand cut fries to their homemade desserts. Owners Michael and Amber Behrens always place an emphasis on supporting local farmers with their seasonally inspired menus.

After lunch, we will take a private guided tour of Johnny Carson’s childhood home. Owner, Jim McKenzie, will speak about the house’s history and items found while bringing it back to its original condition. Later this afternoon we will enjoy a driving tour of various Johnny Carson related sites in Norfolk. The tour will include the Johnny Carson mural which shows the progression of Johnny’s career including his tearful goodbye on The Tonight Show. Before departing for Omaha we will stop for ice cream at a special mystery location. 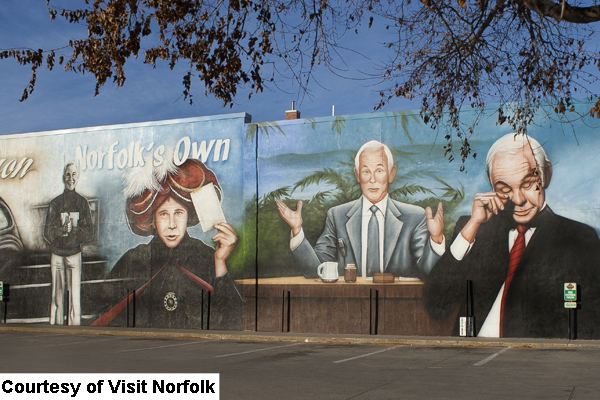 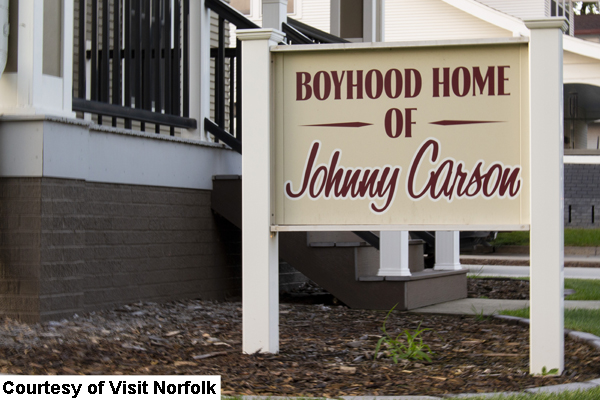 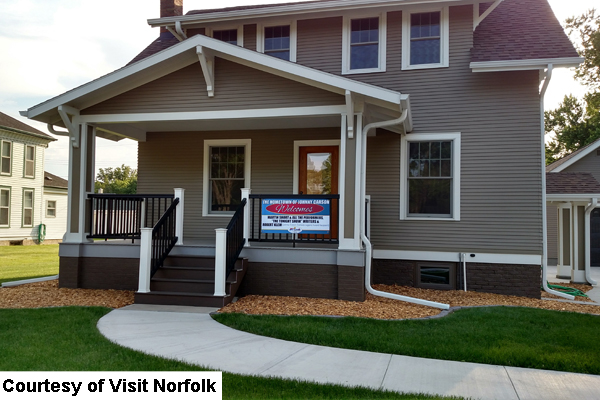