Spend a day experiencing the beautiful fall colors and serenity surrounding the bridges of Madison County. Madison County originally had 19 covered bridges but today only six remain. The covering protects the timber trusses and wooden deck from the elements, drastically expanding their lifespan. The fictional novel The Bridges of Madison County is one of the bestselling books of the 20th century with 60 million copies sold worldwide. The popularity of the bridges as a tourist destination has increased even more with the release of the novel’s 1995 adapted film by Clint Eastwood.

Upon arriving in Winterset, Iowa, we will meet our local guide and historian for a morning tour of the famous covered bridges. We will visit the 1883 Roseman Covered Bridge and walk in the footsteps of Clint Eastwood and Meryl Streep from the movie The Bridges of Madison County. Our guide, who was present during the movie’s production, will offer behind the scenes details on the production. The 1880 Holliwell Covered Bridge was also featured in the movie. This historic bridge, which measures 122 feet in length, is the longest covered bridge in the area. Nearby is the 1884 Hogback Covered Bridge with its own lattice truss system. The 1870 Cutler-Donahoe Covered Bridge is located in the beautiful Winterset City Park. The bridge, which features a pitched roof, was originally located over the North River and moved to the park in 1970.

After a buffet lunch at the Pizza Ranch, we will visit the John Wayne birthplace home. The life story of John Wayne began in the small central town of Winterset. He was born Marion Morrison on May 26, 1907. His father was a pharmacist who worked on the south side of Winterset’s historic town square. Their modest four room home has been restored to reflect its appearance in 1907. Adjacent to the home is the John Wayne Birthplace Museum featuring a large exhibit of John Wayne artifacts including original movie posters, film wardrobe, scripts, letters, and artwork. The facility also includes a movie theater where visitors can watch a documentary on the Duke’s phenomenal film career.

Our last stop of the tour is Rusty Stars Alpaca farm in the nearby countryside. Alpacas are native to Peru, but can be found in captivity throughout the globe. Owner, Aron Shultz, will tell us about raising these animals for their fibers to make clothing items. You will learn about their habits and have an opportunity to feed and pet them. Not all alpacas spit, but all are capable of doing so. The farm also has a small gift shop filled with alpaca related items. 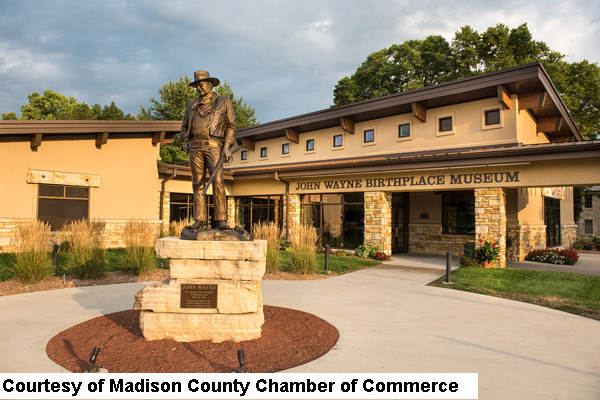 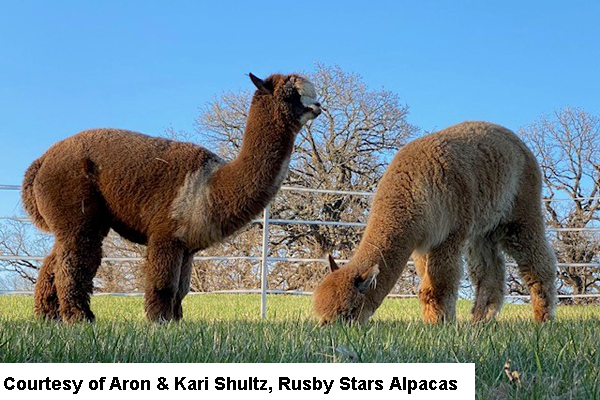